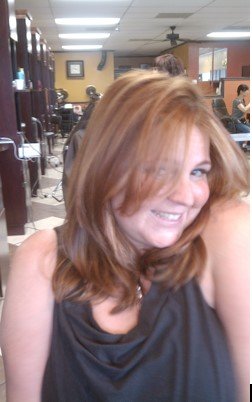 Barbara Warner is a native New Yorker and a nail fashionista. She has been a celebrity nail stylist for over 25 years bi-coastally from New York to LA and everything in between.

Barbara was introduced to the world of beauty as a young girl painting her sister’s nails at the age of 10 and has been drawn to the industry ever since.

Barbara’s drive and passion led her to become a licensed esthetician and manicurist. At the age of 21 she opened her first full service salon in an upscale health club where her nail services were an instant hit.

Six years later she opened her second full service salon on a commercial rooftop building she called “The Penthouse” in Eastchester, NY. Barbara relocated to Malibu in 1994 and began an eight year working relationship at Bernie Safire Salon while she continued to build her bi-coastal private client base.

At her infamous spa parties she uses only the finest in high-end products. Barbara has become one of Malibu’s most trusted and respected manicurists and estheticians for over 15 years.

Being in a beach town inspired her to combine her skincare expertise with hand and foot care creating the ultimate “foot facial.”

Her meticulous attention to detail and her passion for making people look and feel their best has made Barbara an extremely sought after nail stylist. In 2011, she received a call from Dolce & Gabbana to be featured as the first ever manicurist to do nails in Saks Fifth Avenue Beverly Hills.

Barbara continues to educate herself with nail fashion and the world of beauty. Her love for the art of manicuring has inspired her to create beautiful nails for campaigns including L’Oreal, Maybelline, Proactiv, Chrome Hearts, JCPenney, and LeSportsac to name a few.

She has always been a leader of innovative techniques for nails for the fashion forward and has been featured in magazines internationally including Cosmopolitan, British GQ, L’Officiel (Paris), Maxim, Playboy, and W Magazine.

Barbara has also created nail fashions for such feature films including Burlesque. Barbara has held hands with “the best people in the world.” She makes sure that all of her clients feel like royalty and appreciates the intimate intricacies of making people feel good.