The History of the GSL

The story of the great Glamifornia Style Lounge comes with a historical background and, while it's now considered a must-visit beauty salon in Malibu, the building itself and the area have a lot more to tell.

The Origins of Our Historical Building

The building that houses the Glamifornia Style Lounge was opened in 1934 serving as a city building where judicial proceedings took place until 1970.

The small cell in the building also served as the City's jail for many years.

Built right in the middle of The Great Depression, Malibu’s first courthouse, known by the Los Angeles Sheriff’s Department as the “Malibu Outpost,” opened in 1934 and served as the location for local judicial proceedings until 1970.

For many years, the landmark building’s small cell also served as the City’s jail.

Located at 21323 Pacific Coast Highway, where Glamifornia Style Lounge is today, the building is a prime example of Spanish-California architecture.

Judge Bill Webster was Malibu’s first justice of the peace. Judge Webster and Malibu’s sheriff, Eugene Biscailuz, sought permission from the Los Angeles Board of Supervisors to allow Malibu to build the facility as a new “civic center,” consisting of the courthouse, sheriff’s station, and a one-cell jail.

Investment banker Maurice Hirschfield built the facility and rented it to the County for $150 a month. At that time, there was a thriving Las Flores cabin community with dwellings owned by Angelinos who would come out to enjoy Malibu’s beaches.

Near the Courthouse stood other structures housing a Union 76 Station, the Country Liquor Store - a business that is still there - the Las Flores Inn and a restaurant dating back to the 1920s, which used to be the last stop for the public when May Rindge still prevailed in the area and was fighting for the Highway - then known as the Roosevelt Highway - to remain private beyond Las Flores.

Over time, May Rindge lost her court case, and the Pacific Coast Highway was built. A few years after the Courthouse was built, the Sea Lion Restaurant opened where Duke’s stands today.

Judge Webster had no law degree, but he was considered an exemplary magistrate. He lived in a house behind the one-room courthouse. When Webster retired, Judge John Merrick took over judicial duties and served at the site until the Courthouse closed in the 1970s.

In all, Judge Merrick served as Malibu’s presiding judge for 26 years. Over time, the Judge presided over the personal, like the marriage ceremonies of Sean Penn and Madonna and the nuptials of Lee Marvin and Charlie Sheen. Over time, Judge Merrick became known as “The Law West of Topanga.”

Urban legend has it that one James Dean once had too many libations and had to sleep off a wee bit at the jailhouse, but no one seems to know that to be certain.

Although some say that Charles Manson was housed in the jail cell, Brian Merrick couldn’t confirm or deny that fact. “My Dad signed the search warrants and conducted the pretrial proceedings for one of the Manson women in the Malibu Courthouse,” Brian said.

Conduct a little research, and you’ll find Judge Merrick’s obituary in The Topanga Messenger, which informs that the Judge, with a total of fifty deputies guarding his courtroom, presided over the preliminary hearing of Manson family member Susan Atkins, who was charged with the murder of Topanga Canyon musician Gary Hinman.

“As for other people of notoriety being at the Courthouse, I am not certain,” Brian said. “Dad didn’t talk much about the “juicy” cases at the Courthouse, even though I wanted him to. However, he did talk about dealing with Elysium, the nudist colony up in Topanga. However, mostly, he was more interested in the human stories involving some guy who was down on his luck.”

As for the Elysium case, when the Judge passed away, Los Angeles Times Reporter Dennis McClellan wrote, “Merrick occasionally took the heat for some of his courtroom decisions.” McClellan noted that when Elysium opened in the 1960s, and several people were arrested on nudity charges under a 30-year-old county ordinance, Judge Merrick declared the ordinance unconstitutional, a ruling upheld by the State Court of Appeal. In this tribunal, Judge Merrick ultimately served.

When Brian Merrick was asked what his father’s favorite things about the Old Courthouse were, he noted that the Judge liked the building’s architecture and a tapestry that hung in the building.

All are welcome to see the building’s beautiful architecture and to even - gasp - come into the jail cell, complete with its original barred gates!

And in case you’re wondering, just like many of the stories that only the jail’s walls could tell completely, no one knows where the keys to the jail cell are.

Come into Glamifornia Style Lounge - enjoy the lovely architecture and the jail cell. While you are there, indulge in some of the establishment’s wonderful services - like nails in the jail, a complete mani-pedi service, as well as hair services of all varieties, cuts, colors, blow drys, extensions, and other beauty services.

What the Building Holds Now

The Glamifornia Style Lounge is now a beauty salon that specializes in hair, makeup, nails, and skin care services.

We offer top-of-the-line treatments for our clients because we want you to look and feel your best!

The moment you step into our salon, you'll be greeted by our talented team of professionals and surrounded by history that has been part of Malibu since the early 1900s. 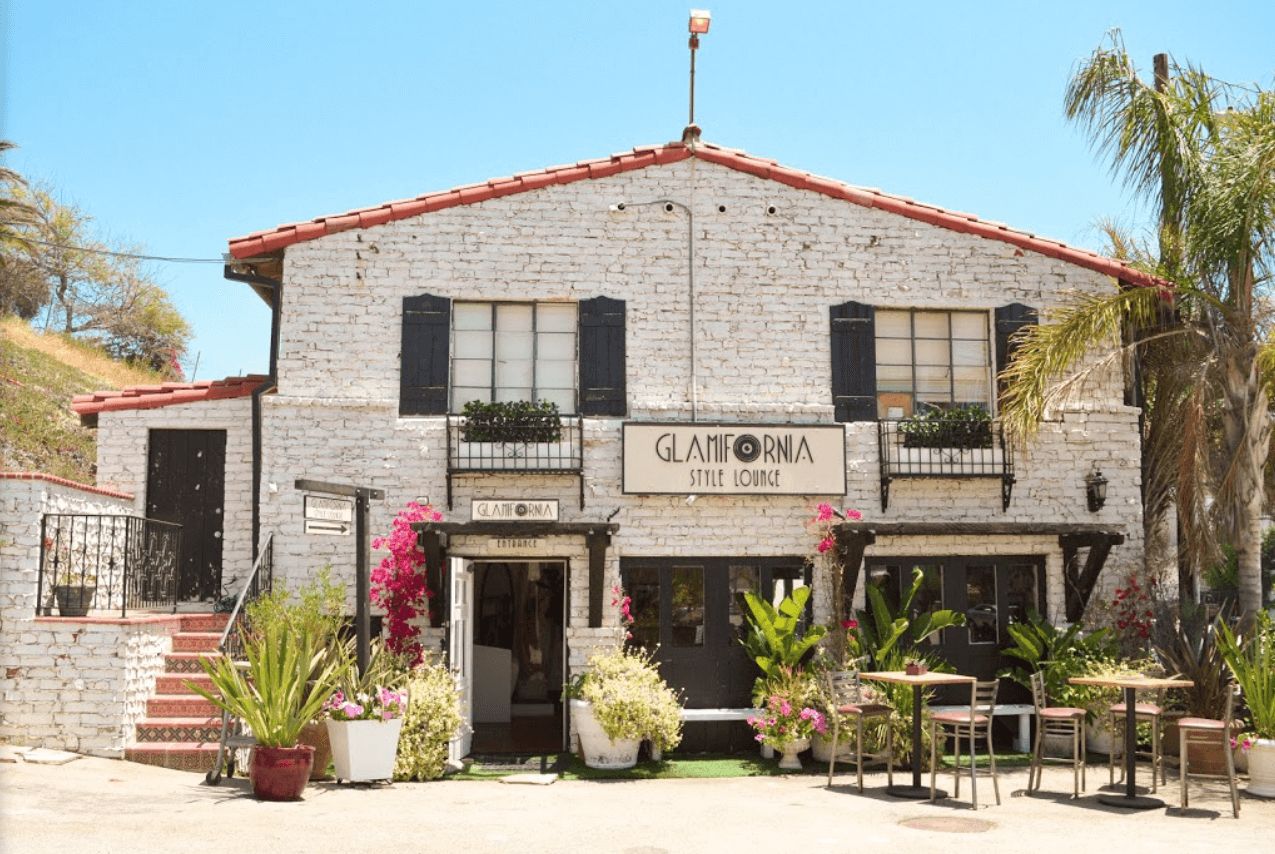 For anyone that may need the space to prepare for photoshoots or whatever their needs may be, we can help accommodate! 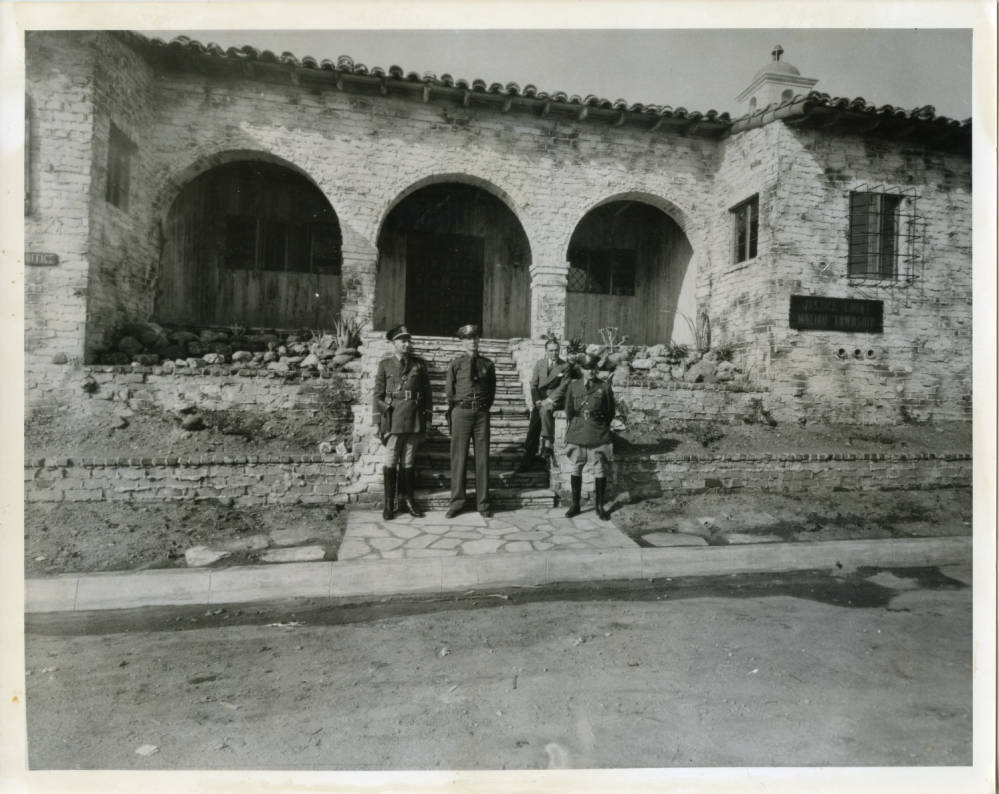 Surrounded by History and Amazing Businesses

The Glamifornia Style Lounge is proud to be a part of the Malibu community and we are especially happy with our location.

We are situated in Malibu, just a walk away from many other businesses that add to the great experience of coming to the GSL.

Come for an outstanding salon experience and enjoy the area's restaurants and other stores.

Enjoy the Area and Pay Us a Visit!

We invite you to come and enjoy all that the Glamifornia Style Lounge has to offer!

We are confident that you'll love our salon and we can't wait to help you feel your best.

If you are in the area, you can come to take a look at the products we sell or stay for one of our many beauty services.

You can also check out our online store by clicking here! 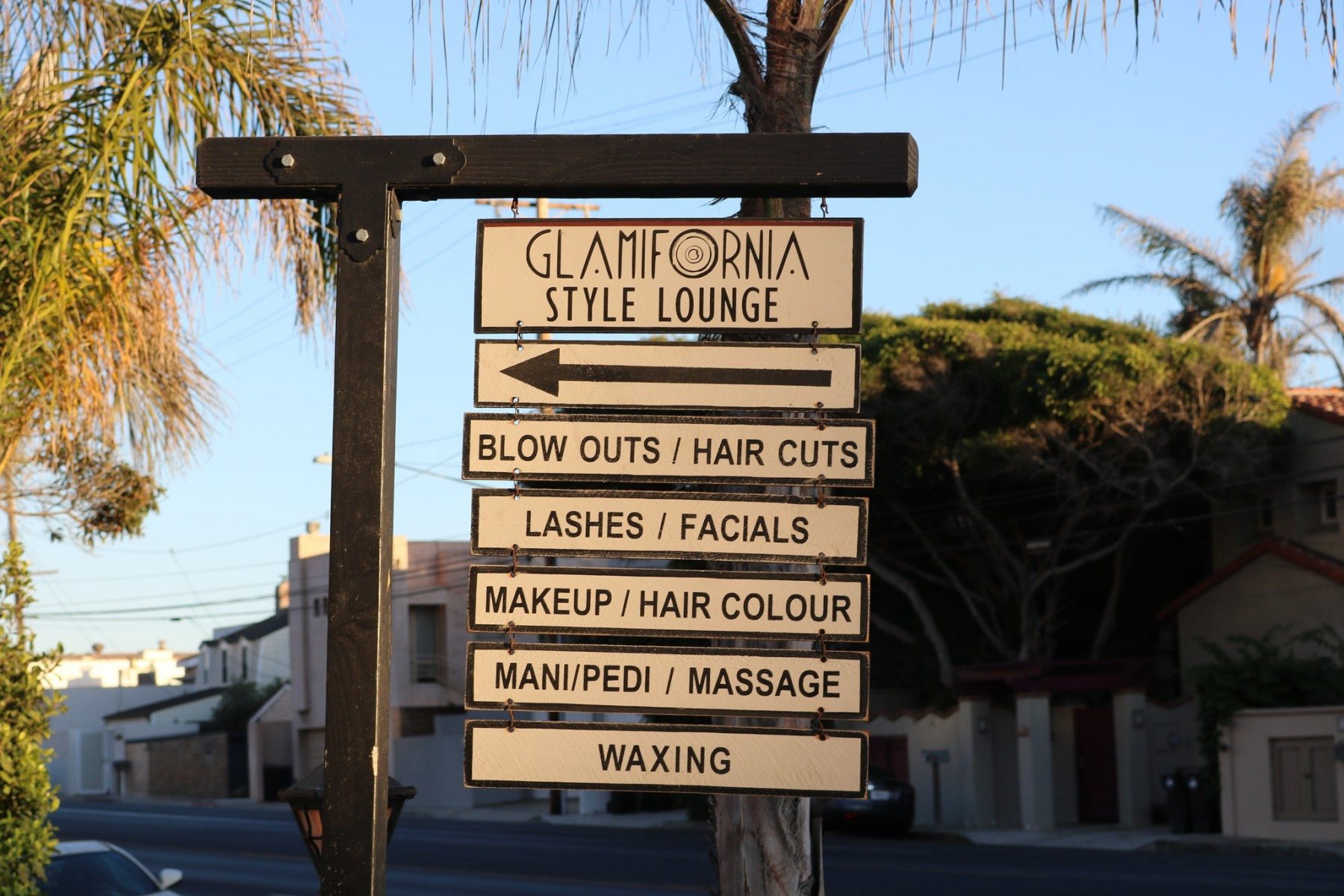 Check Out Our Outstanding Beauty Salon in Malibu

The Glamifornia Style Lounge is a must-go-to beauty salon in Malibu, California.

Our building has a rich history and we are proud to offer our clients top-of-the-line services.

We are situated in a great location with many other businesses that make for an enjoyable experience. Contact us and visit us today!

Such rich history have you itching for a visit?

Indulge in an exclusive, specially curated Malibu beauty experience with premier celebrity hair, beauty, and makeup artists while learning the rich history of the GSL.

Get a private tour from the proprietor, Terah, a beauty and style expert, followed by your choice of two unique treatments:

You can even curate your personalized style with the GSL boutique's must-haves. Book your Airbnb experience here.