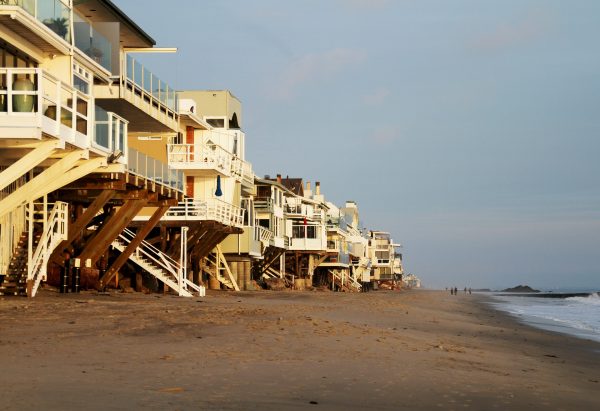 Malibu is one of the most glamorous beach cities and vacation spots in the USA. The 21-mile strip of the California Coast has gained enormous popularity due to the influence of Hollywood movie stars, pop stars, athletes, and entertainment executives since a large number of these people reside in the oceanfront homes and enjoy beach activities from their own backyard. The beach has also been used as a set for a lot of popular Hollywood movies and TV shows, making it even more fascinating to movie buffs and enthusiasts. Malibu’s reputation as the ultimate beach destination is further reinforced due to the picturesque and breathtaking ocean view.

However, even after gaining so much popularity and exposure, Malibu’s city still hides a number of hidden gems that are waiting to be explored. These places are perfect for anyone who wants to get away from the crowd or explore the city’s less-traveled roads. Here are a few hidden destinations in Malibu that you need to visit on your next trip or if you feel like you’ve run out of places to explore.

An isolated inlet that is tucked between the seaside bluffs that separate Point Dume and Zuma, the Pirate’s Cove is treasured for its calming scenery and natural seclusion. There is little evidence as to why the place is named pirate’s since the only recorded pirate activity in California’s history occurs 300 miles north of Malibu in Monterey in 1818. However, this remote and hidden bay still feels like it is right out of those old storybooks, where buccaneers used such places as hideaways.

Pirate’s Cove is devoid of those million-dollar homes and much crowd, making it perfect for anyone looking for some calm and peaceful time. Although it was formerly a nude beach, you can now find family-friendly places for lounging, swimming, or catching stunning sunsets. It may also interest you that the beach once served as the backdrop of a famous scene in the original Planet of the Apes movie. Yes, this is where more than half of that dystopian Statue of Liberty was buried in the sand as Charleton Heston delivers that iconic line.

If you’ve been to Malibu, you’d know that the area is filled with miles upon miles of California’s finest trails. However, the Topanga Lookout Trail remains relatively obscure while providing mesmerizing inland views of the surrounding landscapes. The great thing about this trail is that it is just a 2-mile roundtrip and features 160 feet of elevation, making it suitable for people of most ages and abilities.

Yet, the payoff of hiking this trail is huge. The Topanga Lookout Trail culminates in a mountainous lookout over Red Rock Canyon Park. This spot provides amazing panoramic views of the mountain ranges of Santa Monica and Santa Susana and the City of Calabasas. 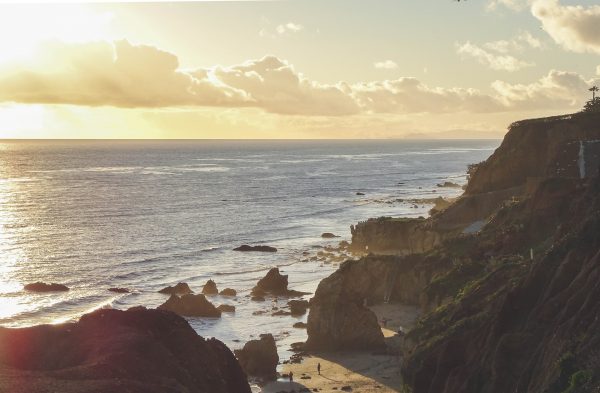 One of the finest hidden gems near the City of Malibu is the Self-Realization Fellowship Lake Shrine Temple. The place is so obscure that even some of the city’s oldest residents are unaware of its existence. Overlooking the Pacific Ocean, the Shrine encompasses a main temple and a beautiful garden with a big lake.

The garden is so vast and fascinating that it works like a magnet to attract and entice people to explore. The place is full of lush greenery and waterfalls that one can never get bored of. On the other hand, if you want to relax or meditate, you can head over to the old Dutch Windmill. It serves as a Chapel for silent meditation where no one will disturb you. The place was also one of Elvis Presley’s favorite spot, as he regularly used to return to explore the gardens.

Hearing the word paramount may remind you of the classic Hollywood studio, Paramount Pictures. However, that’s not the only paramount that should be associated with Los Angeles Country or even Hollywood. Another hidden gem near Malibu is a unique cowboy town known as Paramount Ranch. Lying somewhere in the mountains of Santa Monica, the working movie ranch served as a set for some very popular Hollywood movies during its Golden Age, including American Sniper, Gunsmoke, and Have Gun Will Travel¸ as well as some popular television series including Medicine Woman, Carnivàle, and more recently, Westworld.

However, as the Golden Era of Western films came to an end, the movie ranch also lost its popularity. But that doesn’t mean that it lost its charm. Even today, Paramount Ranch remains one of the most interesting and enticing places near Malibu, with its Western-like buildings and locations. It is definitely worth exploring for everyone. However, movie buffs should add it to their must-visit places if they plan a vacation to Malibu. 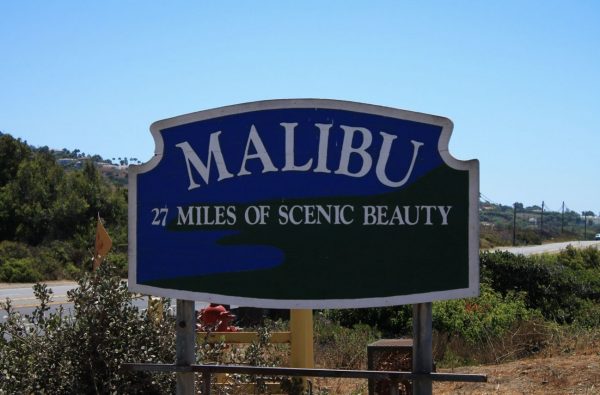 After you’ve explored all the exciting and interesting hidden gems of the City of Malibu, you can head over to the Paradise Cove Beach Café. Situated on the beach where Gidget once played, this outdoor dining café can be hit for breakfast, lunch, or dinner. However, the best way to enjoy this restaurant and really take in the city’s mesmerizing beauty is by grabbing a beer from the bar and heading out to the wooden chairs during the evenings. Relaxing on the chairs under the umbrellas as you drink beer while watching the sunset may end up being the highlight of your trip.

If you plan on staying there longer, you can rent daybeds and beach chairs with umbrellas for $30 to $60 a day. However, you’ll have to get there early for this purpose, as these are available on a first-come-first-serve basis from 10 am until sunset. While you’re there, you can check to see if there are peanuts in the big bin by the door and fill up as many as you can in cups and pocket.

All of these places are true hidden gems in and around Malibu and are worth visiting at least once. So if you’re planning a vacation to the exotic beach, make sure to add these places to your to-do list.